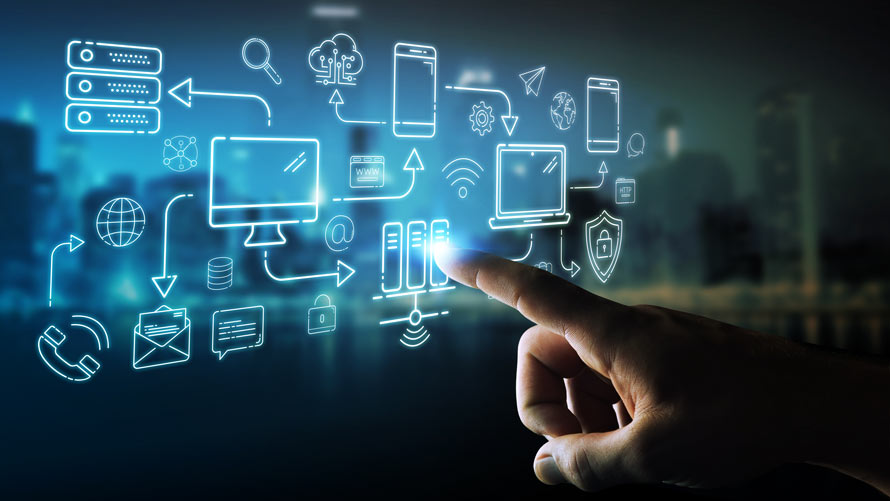 Event Details
Full Title: "Socially Assistive Robotics Right Now: Personalized Embodied Systems for In-Home Support of Health, Wellness, Education, and Training"
The nexus of advances in robotics, natural language processing, and machine learning has created opportunities for personalized robots in a variety of domains of daily life. The current pandemic has both caused and exposed unprecedented levels of health & wellness, education, and training needs worldwide. Socially assistive robotics has the potential to address those needs through personalized and affordable support that complements human care. This talk will discuss human-robot interaction methods for socially assistive robotics that utilize multi-modal interaction data and expressive and persuasive robot behavior to monitor, coach, and motivate users to engage in health, wellness, education and training activities. Methods and results will be presented that include modeling, learning, and personalizing user motivation, engagement, and coaching of healthy children and adults, stroke patients, Alzheimer's patients, and children with autism spectrum disorders, in short and long-term (month+) deployments in schools, therapy centers, and homes. Research and commercial implications and pathways will be discussed.
This meeting will be held in person at the Knobbe Martens' Irvine offices. The doors will open at 6:30 PM for networking. Announcements and the presentation will begin at 7:00 PM. Parking validation will be provided to attendees.
About the Speaker Dr. Maja Mataric´
Prof. Maja Mataric´ is Chan Soon-Shiong Distinguished Professor of Computer Science, Neuroscience, and Pediatrics at the University of Southern California (USC), founding director of the USC Robotics and Autonomous Systems Center, and Interim Vice President of Research. She received a PhD and MS in Computer Science and Artificial Intelligence MIT, and BS in Computer Science from the University of Kansas. She is a Fellow of the AAAS, IEEE, AAAI, and ACM, the Anita Borg Institute Women of Vision Award for Innovation, the Okawa Foundation Award, NSF Career Award, MIT TR35 Innovation Award, the IEEE Robotics and Automation Society Early Career Award, and the USC Remarkable Woman Award, among others. Prof. Mataric´ is the author of the popular textbook "The Robotics Primer" and has published extensively (h-index 100; 39,594 citations as of 1/30/21). She has served on a number of advisory boards, including the National Science Foundation CISE Division, the Computing Community Consortium (CCC) Council, Willow Garage, and Evolution Robotics.
Prof. Mataric´ has made a series of pioneering contributions to the field of robotics. Her early work was in robot navigation and mapping; she then made contributions to multi-robot coordination and swarm control. Next, she did some of the earliest work in robot learning from demonstration. She is now best known for founding the field of socially assistive robotics, where her research is developing human-robot interaction algorithms and methods for supporting behavior change in convalescence, rehabilitation, training, and education. Her research has developed robot-assisted therapies for children with autism spectrum disorders, stroke and traumatic brain injury survivors, and individuals with Alzheimer's disease and other forms of dementia, and has deployed robots in complex environments including homes, nursing homes, hospitals, and classrooms for weeks and months at a time, collecting unprecedented datasets that enabled novel models and personalization strategies. She is also co-founder of Embodied, Inc. where she served as chief science officer in 2016-2018; in May 2020 Embodied launched Moxie, an in-home socially assistive robot for children.
Prof. Mataric´’s university leadership experience includes serving as the USC Interim Vice President of Research (2020-present), USC Viterbi School of Engineering Vice Dean of Research (2006-2019), and the elected President of the USC faculty and the Academic Senate (2006-2007).
Prof. Mataric´ and her work have been featured in The New Yorker, the New York Times, The Wall Street Journal, Popular Science, National Geographic, LA Times, Scientific American, the BBC News, LA Times, and in the documentary movie “Me & Isaac Newton”, among others.
More information about Prof. Mataric´ can be found (https://speakers.acm.org/speakers/mataric%C2%B4%20_14588)
Co-sponsored by: OC ACM and Knobbe Martens
Agenda:
6:30 PM Networking at physical meeting location7:00 PM Announcements and Presentation with Q&A
8:00 PM Follow-up quesitons for presenter and networking
8:30 PM Meeting Adjourned; and possible Start of regular Zoom session with Speaker.
2040 Main St , Ste 14, Irvine, California, United States